In 1976, The Vanguard Group, led by its founder John Bogle, created the first retail index fund. Although slow to capture the attention of investors, this fund, initially labeled the S&P 500 Index Investment Trust, has grown to become the largest mutual fund in the industry today.

With a focus on simplicity, in 1992 Vanguard created the Total Stock Market Index Fund to include mid-cap and small cap stocks – one fund that essentially represents ownership in all the publicly traded U.S. companies.

With a common stock portfolio consisting of one “Total Stock Market Index fund,” some might consider ownership of “all” the publicly traded companies as the ultimate in diversification, and for many investors, it is.

While we can’t argue with the premise of one low-cost, tax-efficient portfolio as the ultimate in simplicity, looking at the stock market from a different perspective offers significant benefits of diversifying beyond a Total Stock Market Index fund. Let’s take a closer look at the data.

Traditionally, most index funds have been constructed on a “capitalization weighted” basis. This means that the market capitalization (number of shares outstanding times price per share) determines its weight within the fund. As a result, even though Vanguard’s Total Stock Market Index fund reflects the collective price movement of “all” the publicly traded companies, in essence, its performance is impacted by the largest of the large cap stocks, with its top 10 holdings representing 18% of the portfolio. In other words, the Total Stock Market fund is basically an S&P 500 Index fund, and its performance confirms the same.

From a diversification standpoint, the goal isn’t to simply own thousands of companies in one mutual fund. It is to identify different components of the market that move dissimilar to each other, at least in the short run, and build a portfolio on this premise. Academic research reveals that the most effective way to accomplish this is to identify value stocks and small stocks to complement ownership in the large cap stocks of the S&P 500 Index.

The benefit of this approach to diversification can be found as recently as the 2000-2007 timeframe. Reflecting on the beginning of that era, large cap stocks of the dot.com boom had driven the price to earnings (P/E) valuation of the S&P 500 index to over 30, far outside its traditional range of 15-20.

Over the next eight years, various dimensions of the market produced the following annualized returns (represented by the corresponding Vanguard funds): 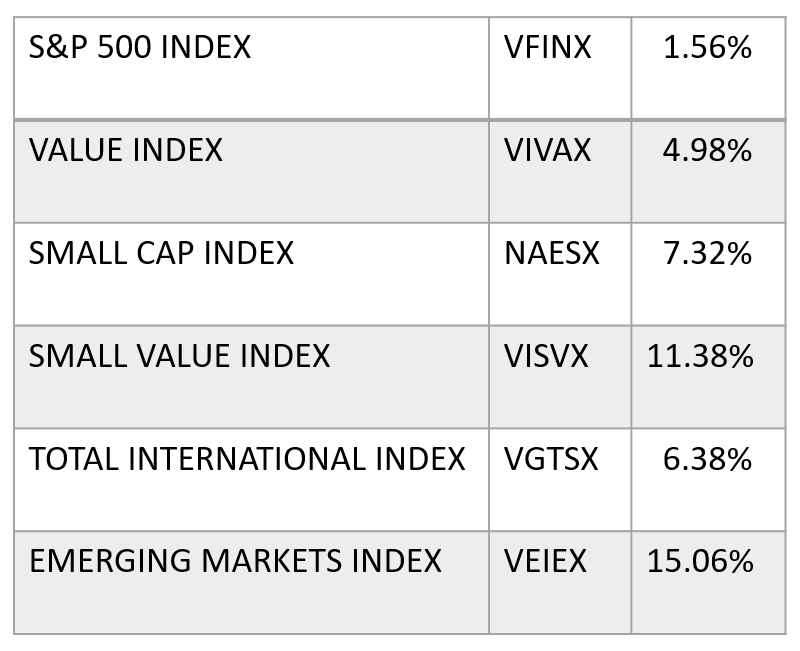 The above data serves as a reminder that for investors who embrace only domestic large cap stocks, they face the almost impossible task of “staying the course” for an extended time when these stocks underperform by a wide margin, as they inevitably do through normal market cycles.

There is another compelling benefit for investors to consider in diversifying beyond large cap stocks.  Because large companies tend to be the “darling” of both institutional and retail investors (in 2000 a few names that come to mind are Intel, Microsoft, and Cisco – today, it is the likes of Apple, Amazon, Google, and Facebook) the valuations of these companies are driven to unsustainable levels. As a result, future returns tend to be muted on these companies as P/E ratios retreat to market levels.

This “retreating” to market-level valuations, also known as “reversion to the mean,” is one of the most powerful forces at work in capital markets. This mean reversion theory persists across all global markets and all time periods. Thus, one can conclude that a basket of stocks with cheap valuations relative to the market will consistently outperform stocks with expensive valuations over time, and the research shows this to be true.

With current market valuations expensive by any measure, Soundmark feels that the persistence of a “value” premium in both large cap and small cap stocks will play an increasingly important role in the total return of clients’ portfolios. In addition, these dimensions of the market provide the necessary diversification and much-needed motivation to “stay the course” in all types of market environments.

Performance numbers shown above were published from www.vanguard.com and www.dfaus.com. The performance data shown represents past performance, which is not a guarantee of future results. Investment returns and principal value will fluctuate, so that investors’ shares, when sold, may be worth more or less than their original cost. Current performance may be lower or higher than the performance data cited. The performance of an index is not an exact representation of any particular investment, as you cannot invest directly in an index. 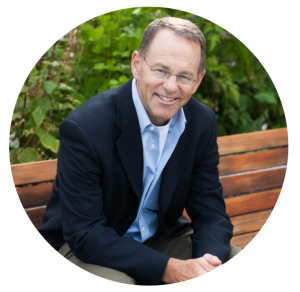 Bill Schultheis is a Principal at Soundmark Wealth Management, LLC. Bill works closely with investors looking for a simpler, smarter investment philosophy to help them define their financial goals and implement an ongoing financial planning process.